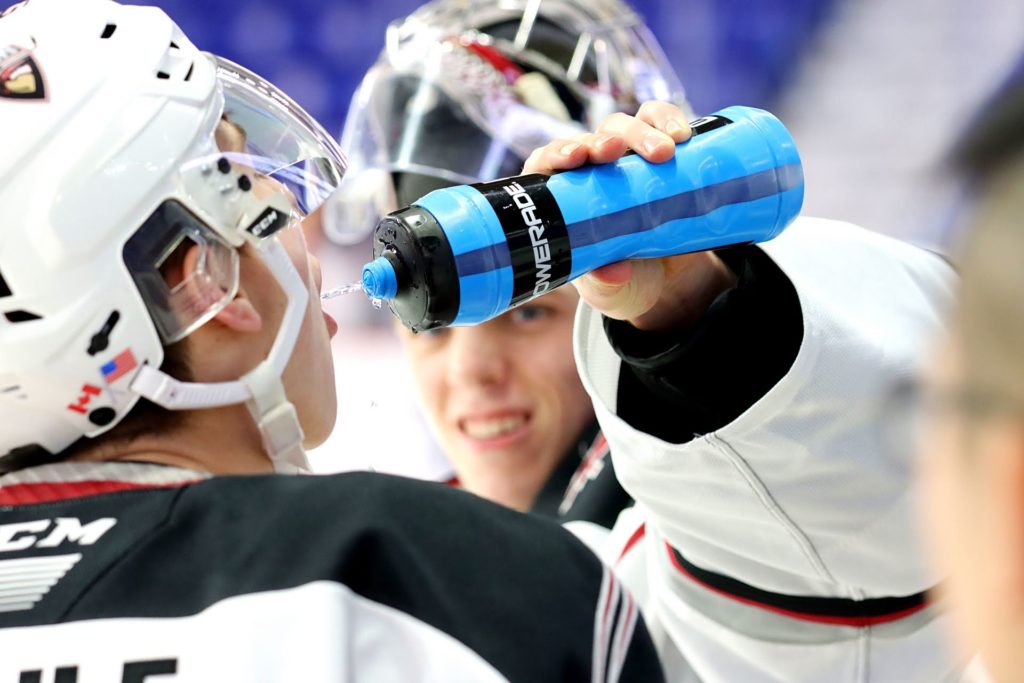 Over the next two weeks, we will revisit all 11 wins during the Vancouver Giants record-matching 11-game regular season winning streak. The streak started on Sunday, January 26th in Kelowna and unfortunately came to an end on Saturday, February 22nd in Everett. Over the course of the streak there were a number of thrilling moments which all helped lead the Giants back into what would end up being a top-two spot in the B.C. Division regular season standings. Today’s journey takes us to the Langley Events Centre for Game 3 of a five-game home stand, and a Sunday evening showdown with the B.C. Division leading Kamloops Blazers.

The Vancouver Giants (24-20-3-2) had won five straight and their confidence was sky high. The power play had scored in six straight games, Eric Florchuk was riding a six-game point streak and consistency was starting to show itself across the board. Meanwhile the Kamloops Blazers were battling some adversity on their side. Starting goaltender Dylan Garand was still sidelined with an injury that he had suffered eight days prior against the Giants, and the Blazers were coming off back-to-back one-goal losses on the island against Victoria.

Michael Dyck stressed the importance of a fast start and continued confidence:

Forward Jackson Shepard weighed in on the team’s confidence heading into another showdown with Kamloops:

KAM – 5:22 into the first, Logan Stankoven (18) gave Kamloops the lead off the rush. Kyrell Sopotyk provided the lone assist.

*David Tendeck stopped Connor Zary on a penalty shot attempt at 11:36. Keeping the game at 1-0.

VAN – Cole Shepard (10) responded with a highlight reel goal at 14:03. Shepard took the puck wide to the outside along the left-wing before cutting to the front of the net and tucking a backhand shot past Rayce Ramsay.

VAN – Tristen Nielsen (24) gave the Giants their first lead of the night on a one-timer that came via a five-on-three power play. Bowen Byram and Eric Florchuk both earned assists.

KAM – The Blazers responded at 18:17 when Orrin Centazzo (36) answered with a power play marker of his own.

VAN – The Giants power play clicked again at 7:07 of the third period when Eric Florchuk (17) tucked home his first of two goals on the night past the left pad of Ramsay on a backhand. Tyler Preziuso and Bowen Byram earned assists.

KAM – Ryan Hughes (19) answered back for Kamloops off the rush at 10:15. He was set up by Brodi Stuart and Libor Zabransky.

VAN – Eric Florchuk’s (18) second of the night came off a slick feed from Justin Lies at 15:09 to give the Giants their first two-goal cushion of the night.

VAN – Tyler Preziuso made it 6-3 into an empty net at 16:40. Trevor Longo earned the lone assist as Preziuso arrived at his fourth point of the night.

VAN – Holden Katzalay (5) then extended his goal-scoring streak to three straight games at 17:06 off a setup from both Justin Lies and Kaden Kohle.

The captain felt like his team was getting better at holding leads:

Next Game: Wednesday night (February 12th) at the LEC against the Red Deer Rebels.