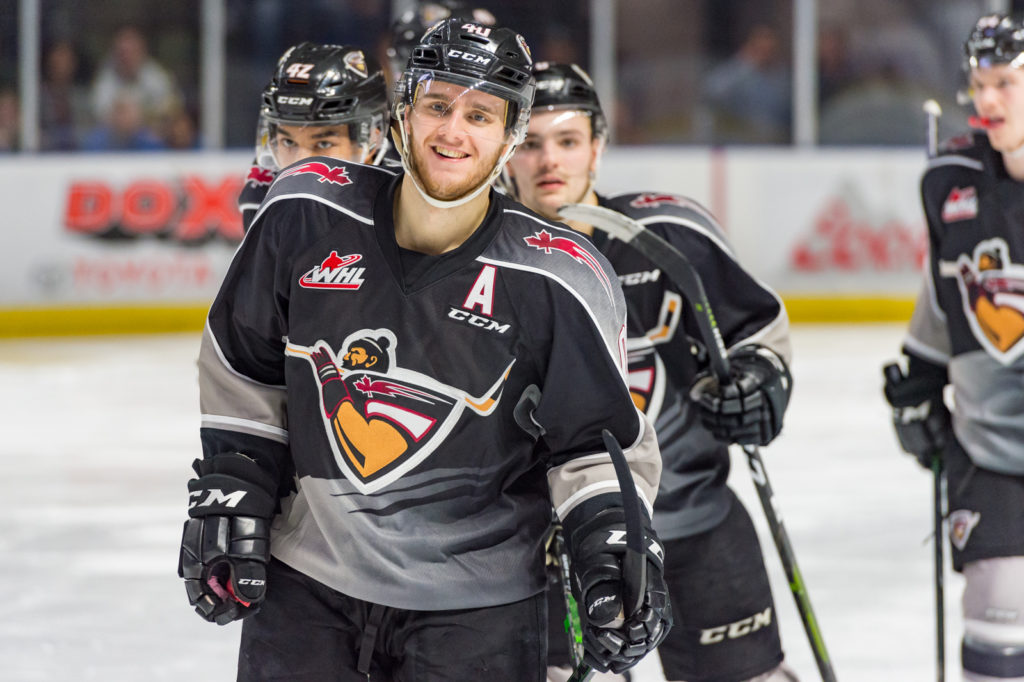 Over the next two weeks, we will revisit all 11 wins during the Vancouver Giants record-matching 11-game regular season winning streak. The streak started on Sunday, January 26th in Kelowna and unfortunately came to an end on Saturday, February 22nd in Everett. Over the course of the streak there were a number of thrilling moments which all helped lead the Giants back into what would end up being a top-two spot in the B.C. Division regular season standings. Today’s journey takes us to South to the ShoWare Center and the first meeting of the season between the Vancouver Giants and their 2019 playoff rivals, the Seattle Thunderbirds.

BACK ON THE BUS:

After a lengthy home stand that lasted the better part of two full weeks, it was time for the Vancouver Giants to get back on the road. On Saturday, February 15th the Giants took to the I-5 for their first meeting of the season against the Seattle Thunderbirds. The Giants (27-20-3-2) had captured eight straight wins, and were now just four points shy of Victoria for second place in the B.C. Division standings.

Before the game Giants head coach Michael Dyck spoke about the series from 2019, and some of the life lessons gained from the 2019 rivalry with Seattle.

VAN – 3:10 into the first, Milos Roman (19) one-timed an Eric Florchuk feed past Seattle’s Roddy Ross on a power play to give the Giants a 1-0 lead. Tyler Preziuso also assisted.

VAN – Tristen Nielsen (27) restored the Giants lead at 17:38 off a shorthanded rush down the left-wing. Nielsen’s goal was set up by both Trevor Longo and David Tendeck.

VAN – Bowen Byram (8) increased the Giants lead to 3-1 at 19:09 off a shot from the left-wing point that made its way through traffic and home off a faceoff victory. Holden Katzalay and Cole Shepard both earned assists.

VAN – Milos Roman’s (20) second goal of the night came at 4:37 off a slick three-way passing sequence with Tristen Nielsen and Alex Kannok Leipert.

SEA – Matthew Rempe (10) moved Seattle back within two at 11:56 on a power play. Rempe parked himself in front of the Giants goal and knocked home a Connor Roulette rebound.

VAN – Milos Roman (21) recorded his first career WHL hat-trick just 61 seconds into the third period off a one-timer from the high slot. Roman’s goal was set up by both Justin Sourdif and Tristen Nielsen.

VAN – The final Giants goal of the night came courtesy of Trevor Longo (5) off the rush at 15:21. Michal Kvasnica and Holden Katzalay drew the helpers.

Next Game: A rematch with Seattle on Monday afternoon (February 17) at 2:00 PM at the LEC.