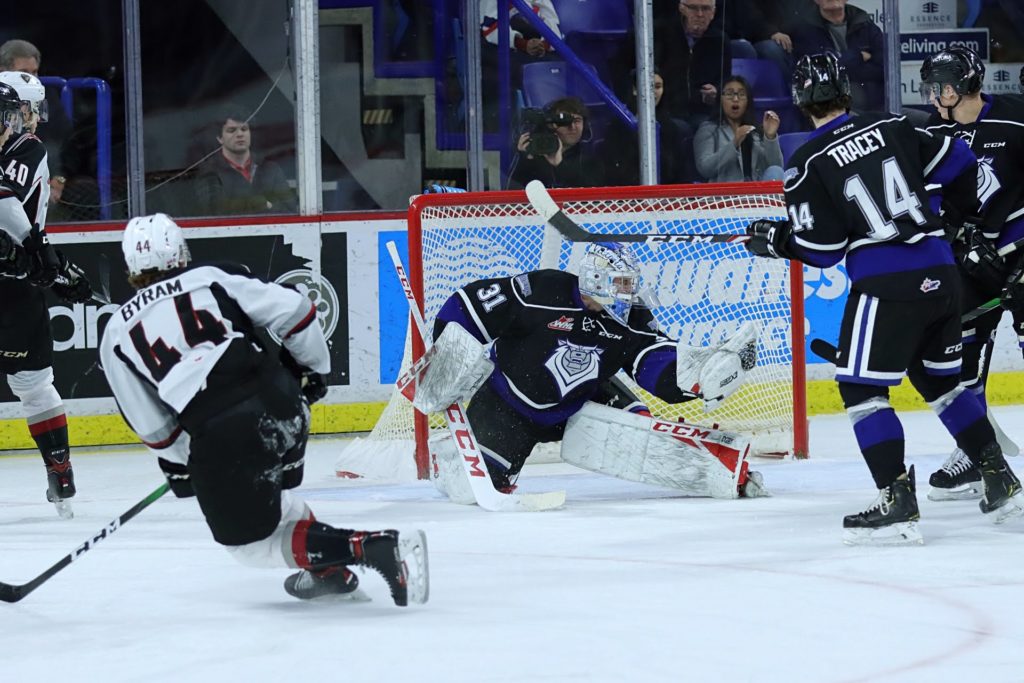 Over the next two weeks, we will revisit all 11 wins during the Vancouver Giants record-matching 11-game regular season winning streak. The streak started on Sunday, January 26th in Kelowna and unfortunately came to an end on Saturday, February 22nd in Everett. Over the course of the streak there were a number of thrilling moments which all helped lead the Giants back into what would end up being a top-two spot in the B.C. Division regular season standings. Today’s journey takes us to the Langley Events Centre for the fifth and final game of a five-game home stand for the Giants – A Valentine’s Day showdown with their closest rivals, the Victoria Royals.

As fate would have it, the Giants and Royals were set to meet at the LEC on Valentine’s Day. Given that the two clubs had already met six times in 2019-20, and also had met in each of the previous two playoffs, there was absolutely no love lost between the two clubs. Despite starting the season 1-3 against Victoria, the G-Men were now 3-3 against them. A regulation victory would move them within just two points of second place.

Ahead of a busy weekend, Michael Dyck spoke of the importance of discipline and depth with Dan O’Connor:

Right around the start of the Vancouver Giants winning streak, something clicked for second-year forward Justin Sourdif. Heading into Friday’s showdown with Victoria, Sourdif had compiled a seven-game point streak with five goals and six assists for 11 points. He needed just one goal to arrive at the 20-goal mark for a second straight season. One of Sourdif’s best offensive performances of the season would come against Victoria on February 14th.

VIC – Carson Miller (12) opened the scoring for the Royals off a Brayden Tracey rebound at 1:54 of the first to put Victoria up 1-0.

VAN – Tristen Nielsen (26) pulled the Giants back even at 4:01 when he one-timed home a feed from Justin Sourdif on a two-on-one rush.

VAN – Justin Sourdif (20) gave the Giants the lead at 12:55 from the side of the Royals goal when he knocked home an Alex Kannok Leipert rebound. Milos Roman added the second assist on the play.

VAN – With nine seconds left in the second, Justin Sourdif (21) struck again off the rush. This time the assists came courtesy of Eric Florchuk and Alex Kannok Leipert.

VIC – Midway through the third period at 10:39, Gary Haden pulled Victoria back within a goal off a breakaway attempt. Haden’s 22nd of the season came unassisted.

Fresh off a four-point night, Justin Sourdif spoke about his mindset going into his second season:

Sourdif was quick to credit his experience at the CHL/NHL Top Prospects Game in mid-January for helping his turnaround: