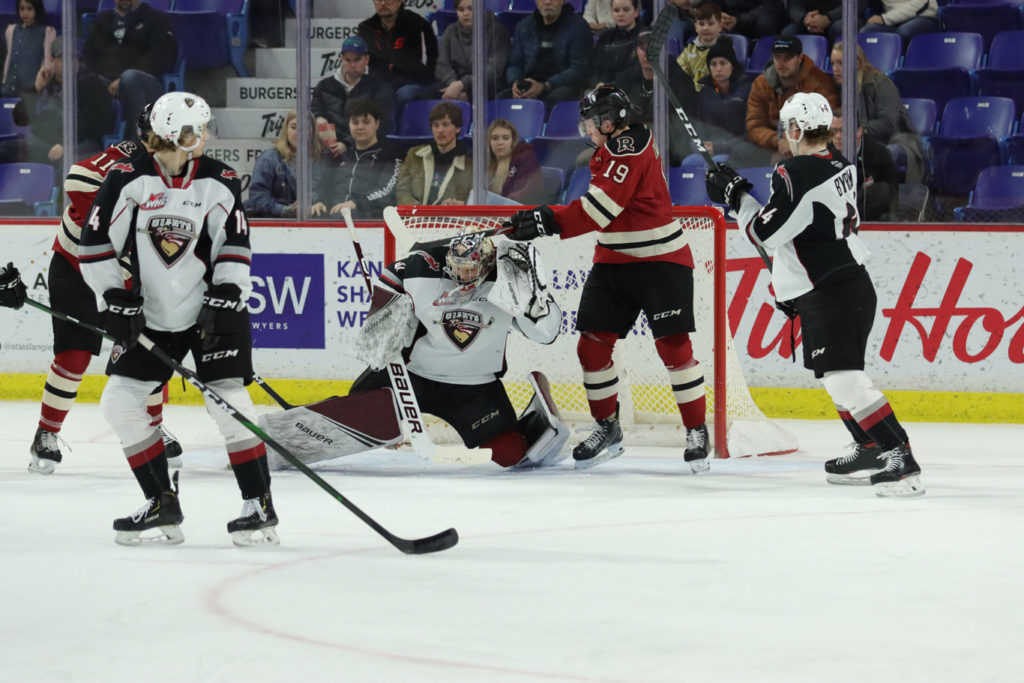 Over the next two weeks, we will revisit all 11 wins during the Vancouver Giants record-matching 11-game regular season winning streak. The streak started on Sunday, January 26th in Kelowna and unfortunately came to an end on Saturday, February 22nd in Everett. Over the course of the streak there were a number of thrilling moments which all helped lead the Giants back into what would end up being a top-two spot in the B.C. Division regular season standings. Today’s journey takes us to the Langley Events Centre for Game 4 of a five-game home stand and the first and lone meeting of the season against Brent Sutter’s Red Deer Rebels.

READY FOR A BATTLE:

The Red Deer Rebels (18-29-2-3) were a young, plucky team that were notorious for work-ethic and their youth. One night prior the Rebels fell 3-1 to Victoria, but it was a game that could have easily gone in their favour. The Vancouver Giants (25-20-3-2) meanwhile had won six straight games and were inching closer to Victoria in the B.C. Division standings. Several notable streaks were on the line for the Giants ahead of their tilt with Red Deer:

Michael Dyck spoke before the game about the success of the home stand so far and about the challenges that the Red Deer Rebels posed to his group:

The Red Deer Rebels came as advertised, and were far from an easy foe for the Vancouver Giants.

RD – At 5:28 of the final period, Carson Sakowich (10) put Red Deer ahead 1-0 on a shot from the point that snuck through traffic and in. Trent Miner was without his goal-stick at the time. Arshdeep Bains and Ben King both earned assists.

VAN – One minute and 36 seconds later, Tristen Nielsen answered for the Giants with a power play tally of his own. Nielsen’s 25th of the season came off a one-timer and was set up by Bowen Byram and Eric Florchuk.

VAN – Michal Kvasnica (7) gave the Giants the lead at 12:48 off a shot from the high slot. Kvasnica’s goal was set up by Holden Katzalay.

VAN – Bowen Byram (6) provided the Giants with some insurance at 14:29 off an odd-man rush. Tristen Nielsen and Justin Sourdif factored in on the play.

VAN – With 1:27 left in the game, Justin Sourdif (19) ended all hopes of a Red Deer comeback by icing the game with an empty net goal. Sourdif’s goal was unassisted.

Michael Dyck spoke on the takeaways from his team’s seventh straight win:

Next Giants Game: Friday (February 14) night at home against the Victoria Royals at 7:30 PM.