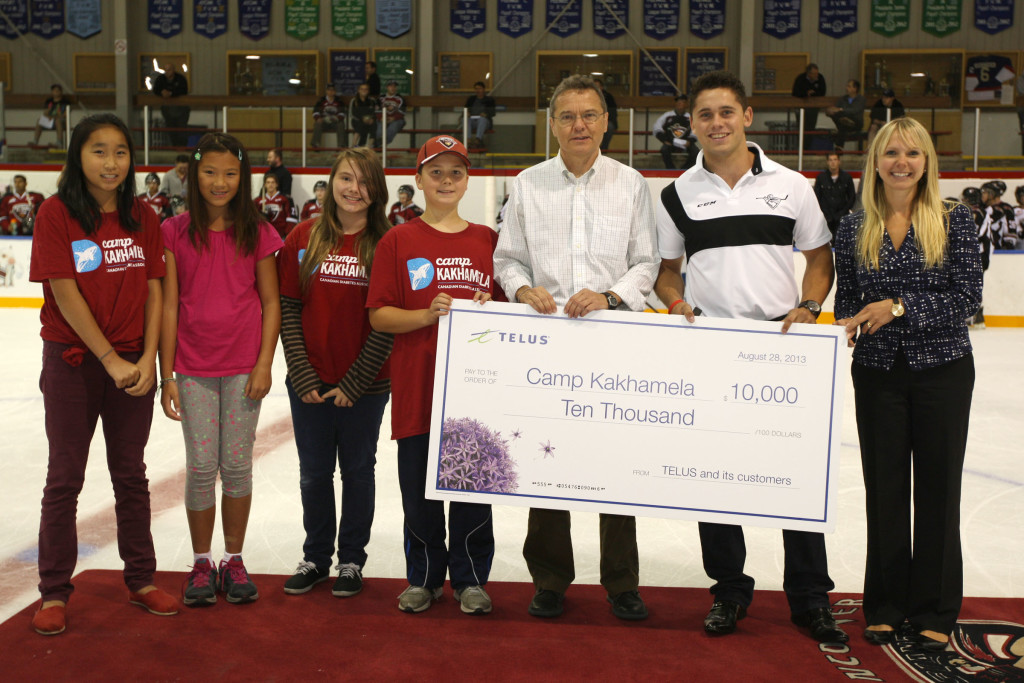 The Vancouver Giants would like to congratulate forward Anthony Ast on being awarded the Canadian Diabetes Association’s National Young Volunteers of the Year Award.

Ast, a Richmond native, is one of three recipients of the award which recognizes the work of someone up to age 29 who has significantly contributed to supporting people living with diabetes.

The 18-year old was diagnosed with Type 1 Diabetes in January of 2002 and has since become an advocate for helping young diabetic athletes fulfill their dreams.

Ast went to Camp Kakhemela, a summer camp for young diabetics, shortly after his diagnosis. The camp taught him how to live with diabetes, and was also an opportunity for him to get away from doctor’s visits.

Ast has since given back to Camp Kakhemela in various ways including through a contest by TELUS last spring. He shared photos and testimonials through the Give Where We Live campaign and was chosen as one of the ten winners who received a $10,000 donation to a charity of their choice.

Ast chose to donate the money to Camp Kakhemela, his childhood camp, and said, “I’ve always wanted to be involved in raising money for things that are close to my heart- obviously diabetes and diabetes research stand out- but for me this was a little bigger since Camp Kakhamela was my first ever experience going away, and it’s where I gained the confidence to do my first insulin shot.  I hope the money will help kids just like me realize that diabetes isn’t something that has to hold you back. Once you learn how to live with it you can literally do anything you want. Camp taught me to find the positive amongst all the negative.”