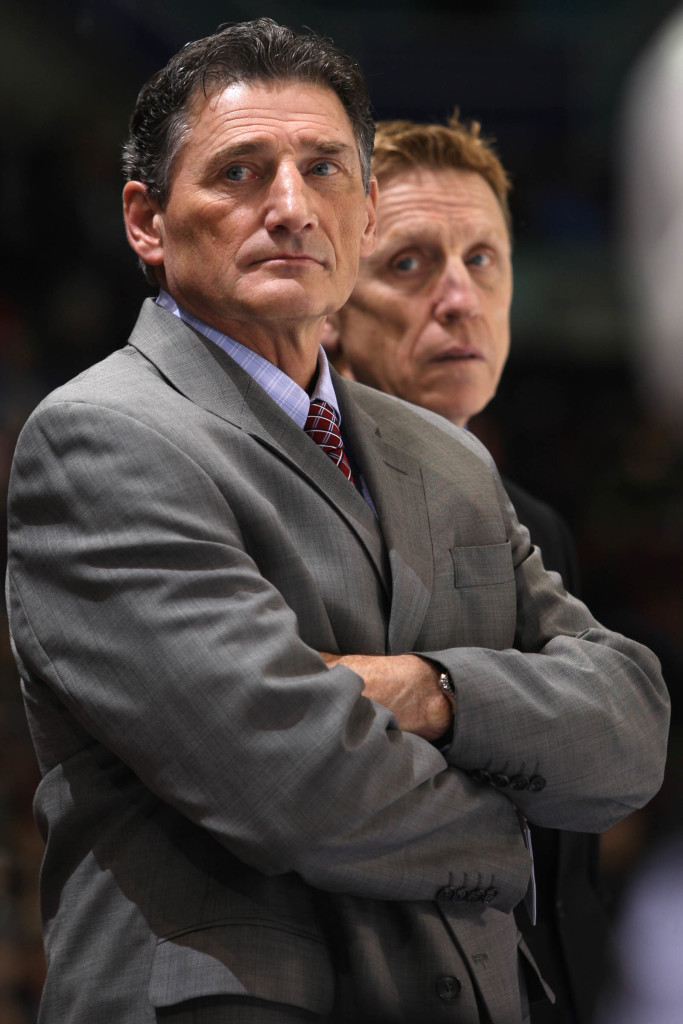 The Vancouver Giants, in conjunction with The Coaches Site, are pleased to announce that Head Coach Don Hay and Assistant Coach Glen Hanlon will be keynote speakers at the 2012 Hockey Coaches Conference.

After taking the reins of the Giants in 2004, Hay directed the team to a President’s Cup (WHL Championship) in 2006 followed by the Memorial Cup in 2007, as well as five straight BC Division titles from 2006 to 2010. Hay has more than two decades of coaching experience and one of the best coaching records in major-junior history. His distinguished list of wins, awards and accolades include three President’s Cups, three Memorial Cup wins and receiving the Dunc McCallum Memorial Trophy for the WHL’s coach of the year in 1999 and 2009. Hay also led the Canadian World Junior team to a Gold medal in 1995 and a Brzone Medal in 2012.

This will mark Hay’s second consecutive appearance at the annual Hockey Coaches Conference. To view a portion of his presentation from last year, click HERE.

“The Vancouver Giants have made enormous contributions to grassroots hockey throughout the Lower Mainland. We are thrilled that both Don and Glen will be on hand to address our audience and share their wealth of coaching experience,” said Aaron Wilbur, managing director of The Coaches Site.

The 2nd Annual Hockey Coaches Conference develops grassroots hockey by offering amateur coaches and minor hockey executives the opportunity to learn from the brightest and most innovative minds in hockey and experts in human performance. The two-day event will cover a variety of topics including tactical strategies, individual skill development and off-ice conditioning.

The conference will take place July 20 & 21, 2012 at the Delta Hotel & Conference Centre in Burnaby, BC. The roster of keynote speakers also includes Ken Hitchcock, Mike Keenan and Troy Ward.

For more information or to register, visit TheCoachesSite.com

And stay tuned to VancouverGiants.com on Monday, June 11 for your chance to win a complementary 2-day pass to this great event!